Skip to content
HOME > LATEST NEWS > The art of Italian cuisine: a tasting filled with mastery 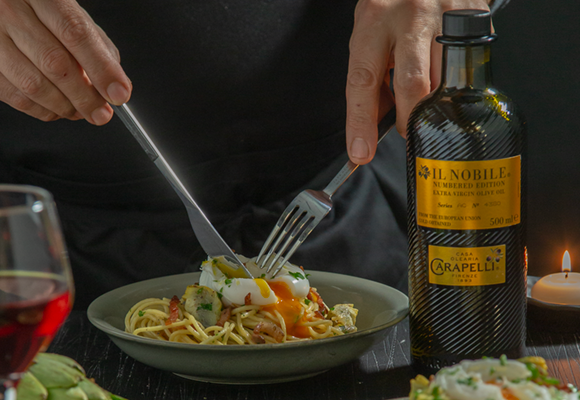 It is impressive how the typical foods of a small corner of the planet have gradually extended throughout the world. Virtually anywhere you go you will find typical Italian dishes such as pizza, pasta and lasagna. Even though this is a recurring fact, Italian food is so bountiful thanks to its long history. Today I want to share a lot more of it with you.

From north to south. From east to west. From heavily populated cities to sparsely inhabited villages. Endless pages are needed to write the history of Italy. So substantial, century after century, that you’ll rarely find anything frivolous in it. From architecture to painting, passing through astronomy and of course gastronomy. That’s what I’ll focus on today. But first let’s add a bit of context.

FROM THE ROMAN EMPIRE TO THE DISCOVERY OF AMERICA

Washed by the waters of the Mediterranean, present-day Italy has been influenced over the millennia not only by the culinary traditions of the Roman Empire, but also by classic Greece and from merchants from northern Africa, plus touches from the Middle East, all adding up in its recipes. Those were the foundations of the Italian cuisine known to us today.

I stress the foundations. When the Spaniards arrived in the Americas in 1492, on their way back they brought ingredients such as potatoes and tomatoes. Today they are so well-established in the Mediterranean diet that we almost feel as if they originated in our territory. Well, they aren’t truly ours at the source, but they sure have adapted well, and that’s something to be proud of.

CITIES: THE PLACES WHERE ITALIAN DISHES ARE MOSTLY BORN

John Dickie, a historian specializing in Italy, in his book Delizia! The epic history of Italians and their food, says that the large cities of Italy have nurtured this tradition. “Italian food is city food. For a thousand years, Italy’s cities have been magnets for everything that makes for great eating: ingredients, talent, money, and power. Telling the story of Italian food means telling the story of city dwellers: from the boisterous medieval flea markets of Milan to the Renaissance salons of Ferrara, from the street stalls of 19th century Naples to the bustling trattorias of postwar Rome,” writes the author.

In the tribute to socialization and family that one finds in Italian cuisine, the Renaissance represents the mature stage of Italian gastronomy. Never breaking with the past. Starting in the Renaissance is when the importance of this cuisine is confirmed. Cooks gained recognition, recipe books were compiled, and they spent time refining their own dishes.

TRAVELLING ACROSS ITALY DISH BY DISH

Italian cuisine has its master lines, a common denominator. Italy, which was reunited in the later 19th century, saw how each region added different nuances and ingredients to the land that since the fall of the Roman Empire had become a series of isolated territories. This has added to the variety of such a rich cuisine.

In the central part of the Italian peninsula, right where Tuscany is located, is where we find most of the dishes that people throughout the world associate with Italy. Extra virgin olive oil takes center stage, alongside cold cuts and a large variety of meats. And of course the elaborate pasta dishes, from Tuscan ‘pici’ to the ‘spaghetti alla chitarra’ of the Abruzzi.

Travelling south you will find the Italian dish par excellence: pizza. It is so popular nowadays, but there was a time when it was the food of the needy. This zone is probably the one that contributes the recipes that have travelled farthest on our planet: simple, straightforward flavor is of the essence. It’s always a winner. Pasta is drier in this region, and then there are vegetables, seafood, cheeses… all these ingredients form a recipe for success.

North of Tuscany there are different traditions. Here we find carpaccio, risotto, different soups, balsamic vinegar from Modena… And of course we’ll always find the reliability of extra virgin olive oil and tomatoes.

I cannot finish without mentioning the cuisine of Sardinia. It is the least known outside Italy and it is in turn the most peculiar in Italy, due to the influence of the ancient Crown of Aragon, though of course we must never neglect the Italian roots that are also present.

It was a pleasure to accompany you on this short tour of Italian cuisine. I feel that in every dish you will find not only beauty but also plenty of history and deeper meaning. I feel the need to respect and admire those who in the past, in circumstances far removed from those of the present, created these wonders for our palate. For all those who have loved and still love Italian cuisine: Buon appetito!

Mediterranean diet meal plan for beginners
Can you fry chicken in olive oil?
Olives: difference between green and black

It's soup season! 🥣 There's no better time to e

We're halfway through Autumn and it’s a good tim

Enrich a classic Burrata Salad with a single drizz

Make the most of your weekend with this No-Bake Ch